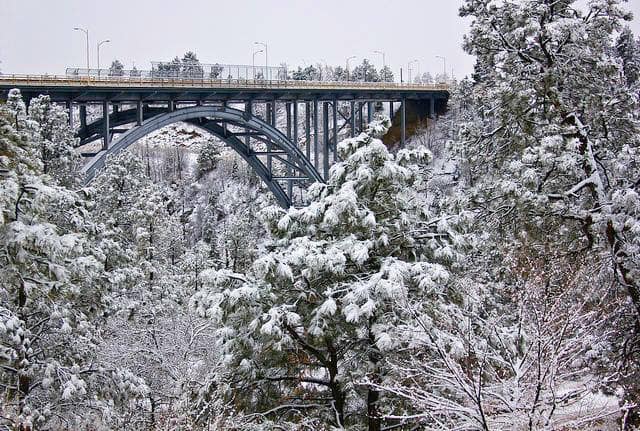 Los Alamos National Laboratory officials have announced that due to expected heavy snow, the Lab is on a delayed opening Thursday, January 16. Employees should report to work between 10:00 a.m. and 12:00 p.m.

“Conditions may deteriorate. Before leaving for work, employees should check for updates on the LANL hotline at 667-6622, via Lab email, or LANL Alert text message,” the LANL announcement states.

The Los Alamos Public Schools are also on a two-hour delay. Buses will arrive at their regular stops two hours later than the normal pickup time. All before-school programs are cancelled.

“With assistance from Lab meteorologists, we are planning ahead and closely monitoring the weather patterns. I will promptly let you know about any changes to LAPS school schedules. Safety first,” the LAPS announcement by Supt. Kurt Steinhaus said.

UNM-LA is also on a two-hour delay with any further changes to be announced at 8 a.m.