Marquez Placed On House Arrest In Espanola Until Trial 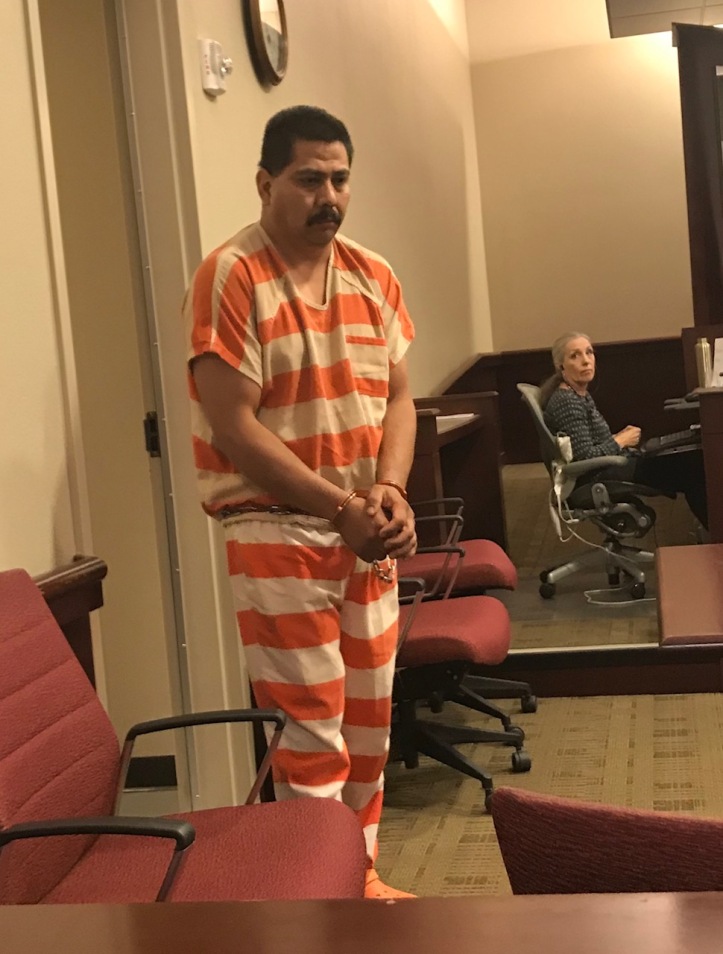 Deputy District Attorney Kent Wahlquist had filed a motion to have Nathan Jacob Marquez held in jail pending trial. Wahlquist told the Court that Marquez sexually abused the victims over a period of almost four years and that the victims’ statements corroborated each other. He said during the investigation they made statements that they were afraid of Marquez and that the state does not feel there is any reasonable condition of release for the safety of the community and specifically the girls. Wahlquist said there was inappropriate conduct after Marquez left the home that occurred six or seven months ago.

“Also there were statements made by the defendant’s wife or ex-wife and by the children that they were afraid the defendant may flee towards Mexico if released. I point this out as potential flight risk although this is a dangerousness hearing. If the Court does not grant the dangerousness hearing I want to make sure the Court is aware of the flight risk as well. This is what he has been doing for several years. Kicking him out of the house did not prevent some inappropriate conduct so I ask that he be held without bond,” Wahlquist said.

Marquez’s attorney Val Whitley said he got the case sent to him Monday afternoon. He said his understanding is that Marquez has been living in the United States for 28 years, that all his children are U.S. citizens and that he and his wife are not U.S. citizens. He said recently in the last couple of days Marquez has been kind of embroiled in a child support battle with his ex-wife.

“He has seen the children over the years without any claim that these accusations have been made. He lives with his brother in Espanola. He hasn’t been in the house with the daughters or the wife for over two years. He has been living with his brother. He does  work in Los Alamos. He has been doing maintenance at a church,” he said. Whitley added that there was nothing in the case regarding criminal history but that his client was self-reporting that he does have a DWI which is pretty old and maybe a domestic violence that’s quite old as well.

“My understanding is there’s no physical evidence in this case. It’s going to be testimony only and I think the state is basically going on seriousness of the offenses and the number of counts here and the number of years the events happened to ask this court to find these dangerous. Allegedly, this lunch happened seven or eight months ago but other than that we have an allegation from 2015 to 2018. There have been no recent reports. He hasn’t been accused of anything recently. I would suggest there are conditions of release – he can be put on house arrest – many different things that could be done,” Whitley said.

Whitley noted that there is no physical evidence and that the case will undoubtedly end up in a trial. He said it would be a long stint in jail based really just on the seriousness of the charges at this point. He mentioned that Marquez has four sisters that all live in the U.S. and that his entire family lives in the U.S.

“There’s some corroboration between the alleged victims, that’s one thing, but it’s not strength of the evidence,” he said. He said he was sure if the Court ordered Marquez not to go to Los Alamos, he would abide by that. He asked the Court to consider that the state had not met its burden that no conditions can be found to ensure the public’s safety.

Judge Marlowe Sommer said she believed there were restrictions that can be in place – house arrest with electronic monitoring at his brother’s house with no opportunity to go up to Los Alamos.

“I don’t think clear and convincing evidence demonstrates that no condition or combination of conditions would assure the safety of the community or individuals,” she said. She ordered an unsecured appearance of $2,500 in cash, no contact of any kind with the victims, no contact with anyone under the age of 18 and house arrest under electronic monitoring only allowing him to go to Los Alamos for court appearances and Santa Fe to meet with his attorney.