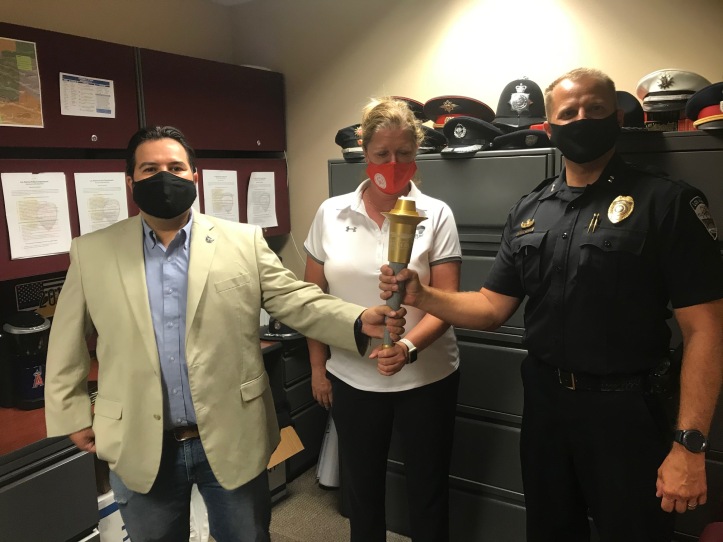 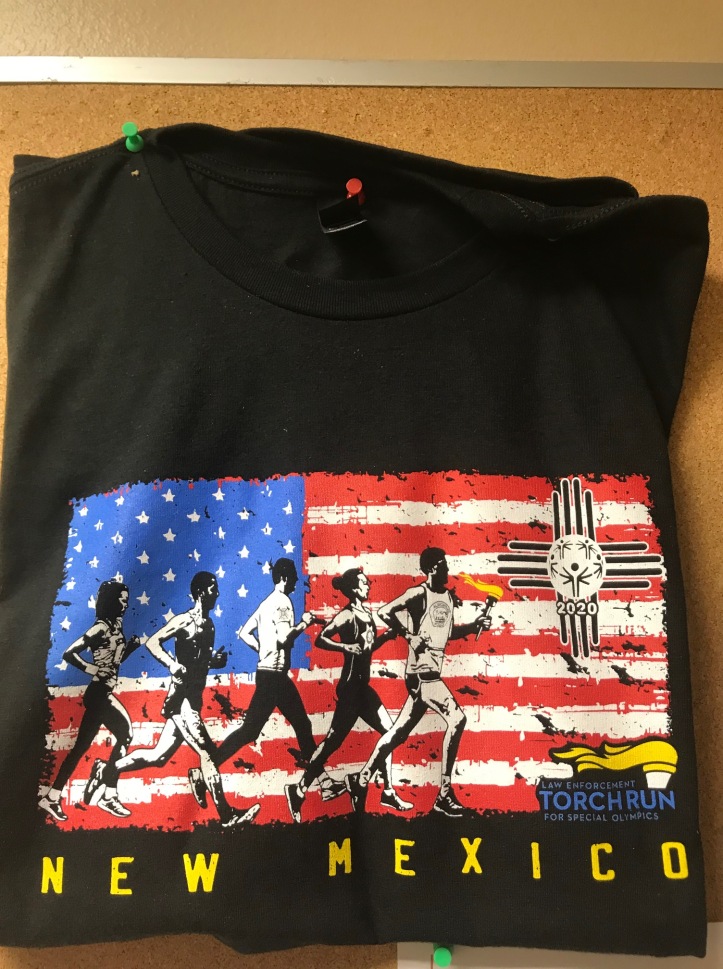 A sample of this year’s Law Enforcement Torch Run New Mexico t-shirts which will be available for purchase later in the year. Photo by Maire O’Neill/losalamosreporter.com 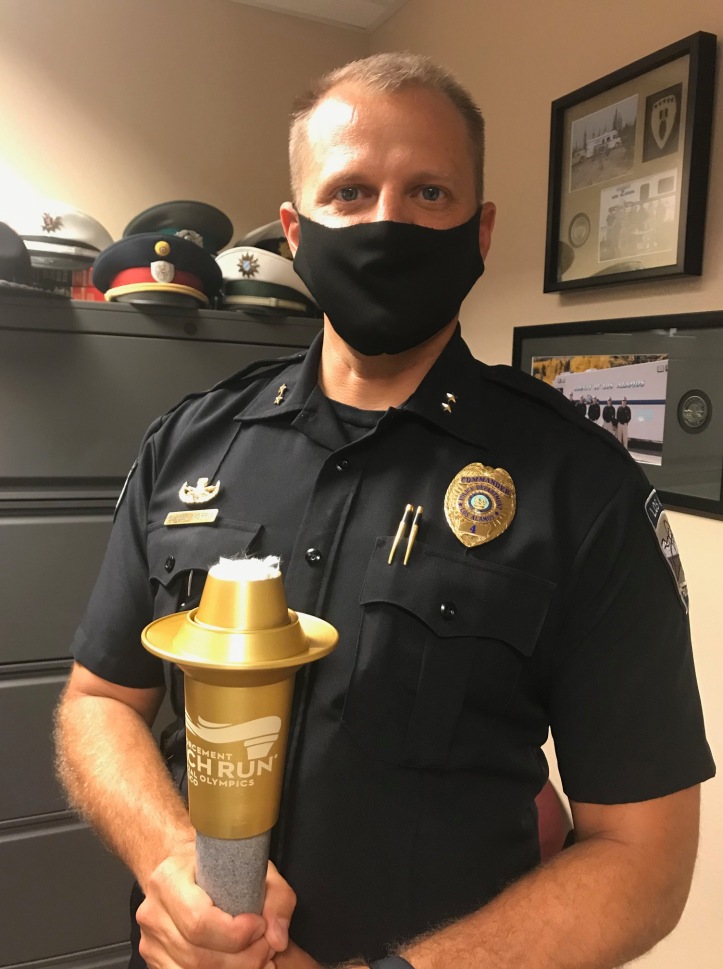 “There’s a unique story here that started with a chief of police in Wichita, Kansas who needed his department to engage with the community and told his officers to go out and find something in the community for the department to get involved in,” Solis said. “Four officers came back and said, ‘Special Olympics doesn’t have a torch. Nobody is running their torch. How can this be?’. So the chief and these four officers carried the torch down to Wichita which got the attention of the media and that started the Torch Run which has gone from raising $500 then to more than $70 million a year now for Special Olympics.”

“First, our training and our competitions are the only way that our athletes develop physical fitness. Second, it’s the only way that they achieve personal success, so the medals and the ribbons they get is how they get their self-dignity and confidence. The third thing, which I think is so important is that because they’ve had to socially distance, a lot of our athletes, especially those that live in group homes, are socially isolated so our athletes are at extreme risk for obesity, depression and isolation,” he said.

Solis said when Special Olympics put out a call to Torch Run officers, all the agencies around the state including LAPD the answer was, “We’ve got to correct this!”

“I’m presenting Commander Morris with the torch in recognition of answering that call. Our athletes have gotten words of encouragement. Some agencies have put together fitness videos that they put online.  They’ve done all these things to keep our athletes connected, to keep them fit and achieving personal success. It’s been wonderful for our state and for our program. We have an amazing delegation of Special Olympics athletes here in Los Alamos,” Solis said.

Solis and agency manager Barbara McRae checked out photos mounted at LAPD of teams of athletes and officers who participated over several years.

Morris is the coordinator for the north central region which encompasses Los Alamos and Sandoval Counties.

“We are very grateful that we have a high-ranking officer, that carries a lot of experience in community policing and is willing to put his support behind getting officers into the front line with our community on a shoulder to shoulder basis,” Solis said. “Oliver has always lined up with those values so we can’t find a better leader in our region or our state. He’s a great voice on our executive committee and we just love the fact that he always has a good group of officers that are running. They run the longest route I think we have in the state – from Los Alamos into Sandoval County. That speaks a lot to the commitment this department has.”

Commander Morris said the run from Los Alamos is one of the highest altitudes in the state.

“The guys just love it. We’ve asked them if they want to run into Santa Fe and they say, ‘No we like this back channel route’,” he said.

Solis said fundraising this year has been relatively successful given that so many businesses were shut down. He said some $100,000 has been raised across the state because a lot of the efforts have been focused on individual smaller donations.

LAPD raised funds earlier this year online after a Coffee with a Cop fundraiser for Special Olympics had to be canceled. The link for donations is https://secure.givelively.org//donate/special-olympics-new-mexico-inc/los-alamos-police-department

Morris said LAPD is hoping to do an actual run in September or October if some of the COVID restrictions are scaled back.