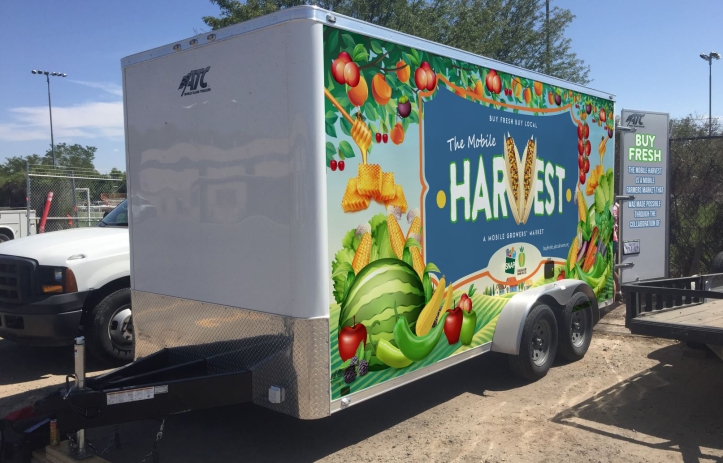 A new Buy Fresh Buy Local chapter has started in the San Juan area in the aftermath of the 2015 Gold King Mine spill. Photo Courtesy NMED

On Aug. 5, 2015, a U.S. Environmental Protection Agency (EPA) crew doing exploratory work at the Gold King Mine near Silverton, Colorado, accidentally caused a blowout of impounded mine water. More than 3 million gallons of acidic mine water contaminated with heavy metals flowed into Cement Creek, a tributary of the Animas River. The plume reached the Animas River and flowed into New Mexico and the San Juan River, which runs through the Navajo Nation and Utah.

As a result, New Mexico sued the EPA, its contractors and mining companies for damages sustained by the state. That case is moving through federal court and is expected to go to trial in 2021. The lawsuit includes allegations of negligence, gross negligence, nuisance, and trespass, as well as violations of federal environmental laws. New Mexico seeks cost recovery, damages, injunctive relief, and attorneys’ fees.

“Each and every day, we will aggressively pull every legal lever available to us to hold the federal government accountable and make New Mexicans whole again,” said New Mexico Environment Department Cabinet Secretary James Kenney. “We will not forget our people, their livelihoods and the impacts the spill had on our environment.”

In the meantime, the New Mexico Environment Department (NMED) has worked closely with communities, tribes and neighboring states affected by the spill on several important efforts, including developing an improved communications plan for similar incidents in the future, ongoing monitoring for water contamination, and executing a public relations campaign to combat a stigma faced by farmers in the Animas Valley.

Although extensive testing indicates that water used to irrigate crops is well within irrigation standards and contaminants are not present in crops at dangerous levels, farmers continue to see lower sales due to a lack of consumer confidence.

The “Healthy Food Grows Where Healthy Rivers Flow” campaign, a collaboration between NMED, New Mexico State University and the San Juan Soil and Water Conservation District, aims to educate the public about the safety of eating these crops and the health benefits of eating locally grown foods. As part of the campaign, project partners deliver local produce to northwestern New Mexico communities without ready access to a grocery store, leading to increased sales for farmers and better access to healthy foods.

“Farmers are some of the hardest working people in our community, so it was really tragic to see their hard work go to waste after the Gold King Mine spill, when healthy crops were unable to be sold while some in our community went hungry,” said Melissa May, district manager of the San Juan Soil and Water Conservation District. “Luckily, this campaign has sparked renewed interest in supporting the local food system, and we are excited for our new Buy Fresh Buy Local chapter to carry this momentum into the future.”