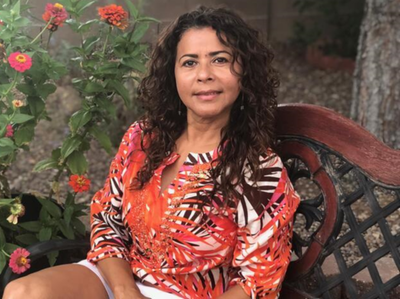 The FBI is offering a reward of up to $25,000 for information leading to the identification and arrest of the individual(s) responsible for the homicide of Jacqueline Vigil.

Vigil, who was 55 years old at the time of her death, was the mother of two New Mexico State Police Officers.

She was fatally shot in her driveway in Albuquerque, New Mexico, while in her 2006 Cadillac sedan on November 19, 2019.

Vigil was about to go to the gym.

On November 27, 2019, police located and recovered a Jeep they believe was involved in the homicide.

The FBI and Albuquerque Police Department are investigating.

The FBI poster can be downloaded here: https://www.fbi.gov/wanted/seeking-info/jacqueline-vigil

This case was discussed on Wednesday during a White House news conference to announce the expansion of Operation Legend, which includes an increase in federal resources to fight violent crime in Albuquerque.

The Department of Justice will supplement state and local law enforcement agencies by sending more than 25 federal investigators from the FBI, DEA, and ATF to the city.

Under the leadership of John C. Anderson, U.S. Attorney for the District of New Mexico, these federal investigators will work closely with the Albuquerque Police Department and the Bernalillo County Sheriff’s Department, along with other local partners, through pre-existing task forces directed at combatting violent crimes.  Up to 10 HSI agents will assist with the efforts in Albuquerque, as well.

A news release on this initiative can be found here: https://www.justice.gov/opa/pr/attorney-general-william-p-barr-joins-president-donald-j-trump-announce-expansion-operation