Around the Lab, we’re used to seeing Protective Force (Pro Force) officers checking ID at the front entrance or patrolling the grounds in their white SUVs. But these men and women do a lot more that we don’t see, says Pro Force Director Jesse Galvan, a retired U.S. Army colonel.

“You never really see all that we’re capable of, and that’s the point,” Galvan says. “But rest assured we are capable of addressing and defending the Lab against any threat out there.”

Galvan grew up as a self-described military brat, moving around a lot. From a young age, he was determined to serve the country like his father, and as a kid in Kansas, Galvan sometimes rode along with the military police at Fort Riley. Their important work left a lasting impression, so after graduating from Kansas State University it was obvious to Galvan what career he’d pursue with the Army. 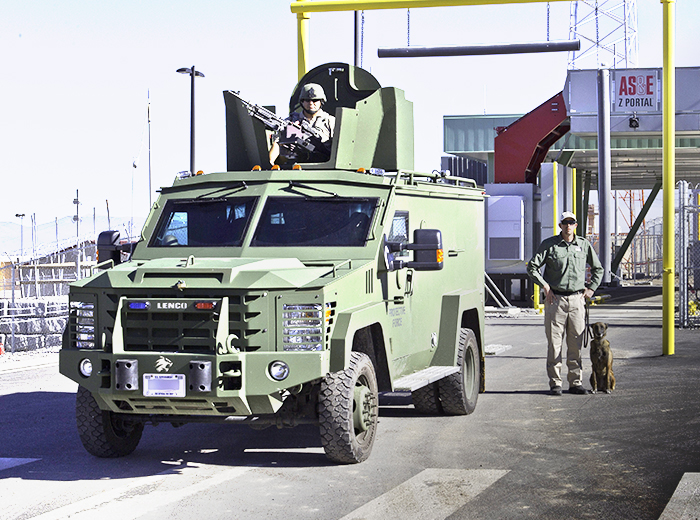 The Pro Force uses Bearcat armored vehicles and working dogs to protect the Laboratory. Pro Force is a private company that contracts with the Lab through Centerra, another private security company. Photo Courtesy LANL

For the next 30 years, Galvan worked with and led military police units across the country, including at the Joint Force Headquarters National Capital Region in Washington, D.C. He deployed twice for combat missions overseas, both times in support of Operation Iraqi Freedom. And every day through those three decades, he says, he made it a habit to pause for a moment in the morning as he put on his dog tags. It was a ritual Galvan’s mentor taught him, to remind himself who he was serving—a practice Galvan refers to as “yoking up,” just as a farmer yokes his oxen team before working the field.

When it came time to retire this past summer, Galvan says jokingly, “I didn’t know what I wanted to do. I was thinking, ‘Well, now I guess I have to grow up.’” He hadn’t worked in the civilian world since college. But luckily a military friend called about a perfect job opportunity at Los Alamos.

Galvan assumed the role of Pro Force director in August 2019, after moving from the Washington, D.C., area. “My time serving definitely prepared me,” Galvan says, “and it’s great to be able to provide reassurance and safety to the people working on the Lab’s mission.”

There was a short transitional period as he adjusted from military culture to the culture already in place at Pro Force, Galvan says. But for the most part, he feels back at home among the 300 people he oversees. It’s been all the more of a seamless transfer, he says, because many of the same people who now keep the Lab safe also once served to keep the nation safe. 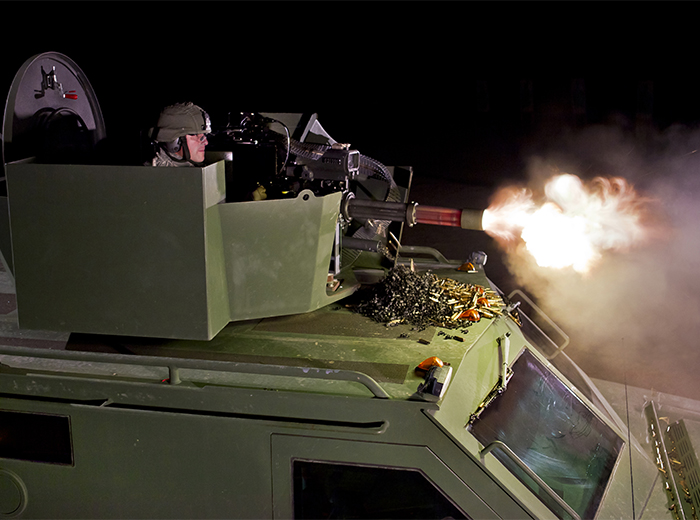 Editor’s Note: This article originally appeared in National Security Science magazine, which highlights work in the weapons and other national security programs at Los Alamos National Laboratory. Current and archived issues of NSS are available here.