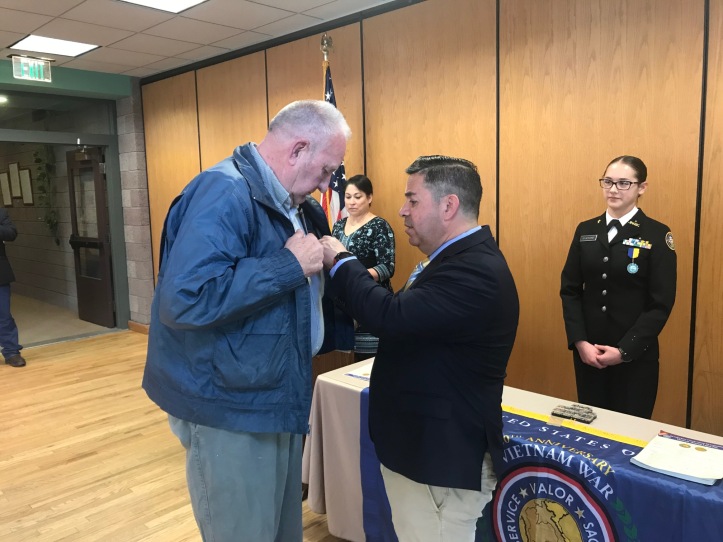 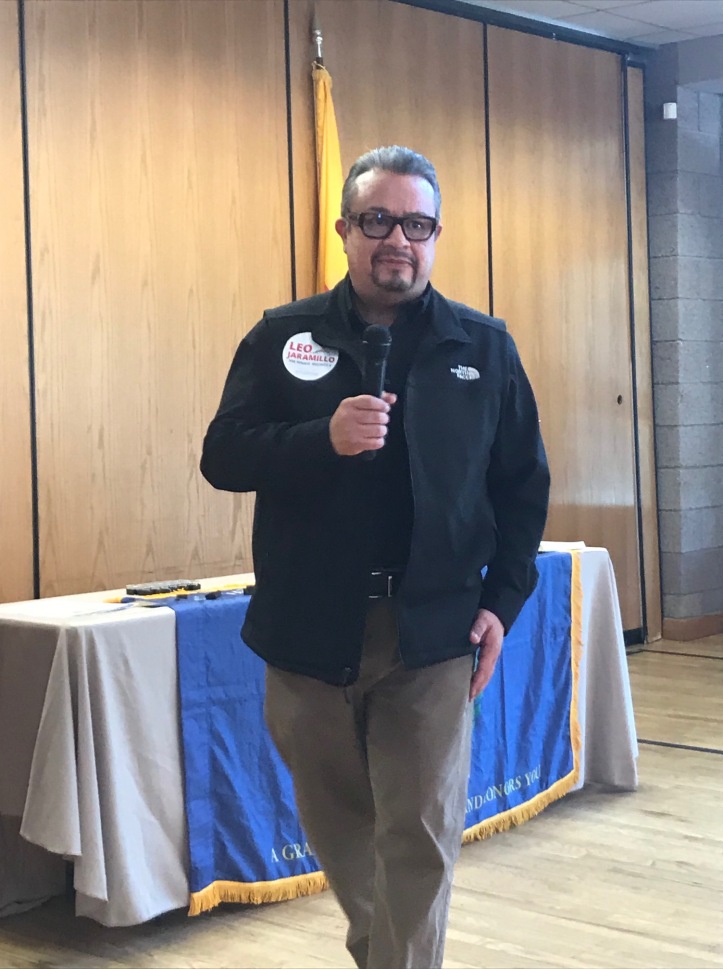 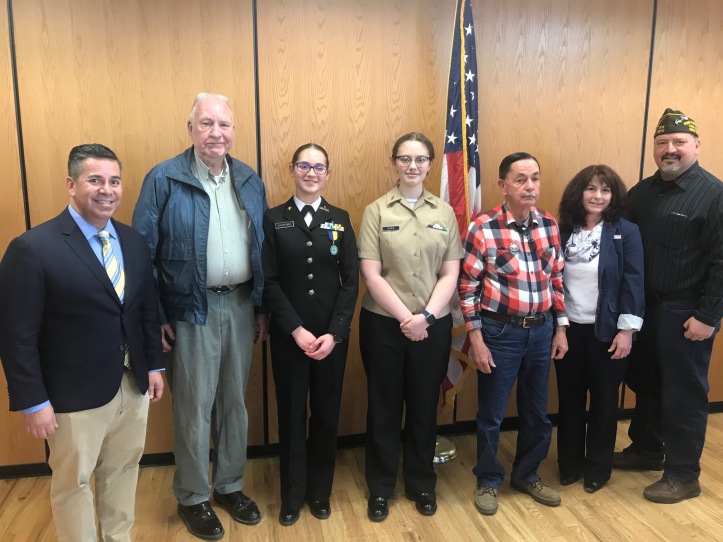 While thanking the two men for their service to their nation, Representative Lujan noted the importance of growing up with culture and tradition with family.

“Growing up in New Mexico we understand the importance of preserving our way of life. We are reminded of the service of the heroes in our communities that allowed us to be here today to protect our way of life – some that answered that ultimate call – so many that made the ultimate sacrifice,” he said.

He said it was with that distinct honor to be present as United States Representative to continue to reach out to all corners of New Mexico along with his colleagues who are also reaching out to every corner across America.

He noted the importance of preserving the stories of those who served and of sharing those stories whenever possible.

“Whether we personally know that veteran or not, it’s incumbent, especially with those that are missing in action, that we learn those stories and tell those stories,” he said.

“Jim Nesmith was loved not only in this area but throughout New Mexico. He worked with homeless people down in Juarez, Mexico. He was involved with naturalization programs and a lot of other things. Jim was a great man and I know that if he was alive today he would be here with us,” Anaya said. “I wanted to make sure that we honor him. He was not only a great comrade but he fought from the heart in Vietnam. He did it with pleasure and he was always very proud so I wanted to make sure that we recognize Jim for that.”

Invited to comment by Representative Lujan, Rio Arriba County Commissioner Leo Jaramillo said the average age of Northern New Mexicans who went to fight in the Vietnam War was 19.

“They were men and women that for the first time left the Sangre de Cristo and the Rio Grande behind to find a new land and defend our freedom. I know that there were mothers and grandmothers and tias and sisters that were with you on the front line. People like my mother who said that they prayed the rosary every night to make sure their family members made it home safe. Although they weren’t there physically with them, their prayers were with you to make sure you made it home,” he said.

Pinning ceremonies are part of an ongoing national effort to honor all Vietnam-era veteran military service members who were on active duty between Nov.1, 1955, and May 15, 1975, regardless of where they served.  These veterans are eligible to receive a Vietnam Veteran lapel pin at the ceremony.

The United States of America Vietnam War Commemoration was established in the 2008 National Defense Authorization Act to thank and honor veterans of the Vietnam War, highlight their service, and pay tribute to their contributions. It started with a presidential event at the national Vietnam Veterans Memorial on May 28, 2012, and will run through Veterans Day, Nov. 11, 2025.

The commemorative lapel pins which are pinned on the veterans have an American Flag with an eagle on surrounded by a blue laurel wreath on the front. On the back, they say, “A Grateful Nation Thanks and Honors You”.