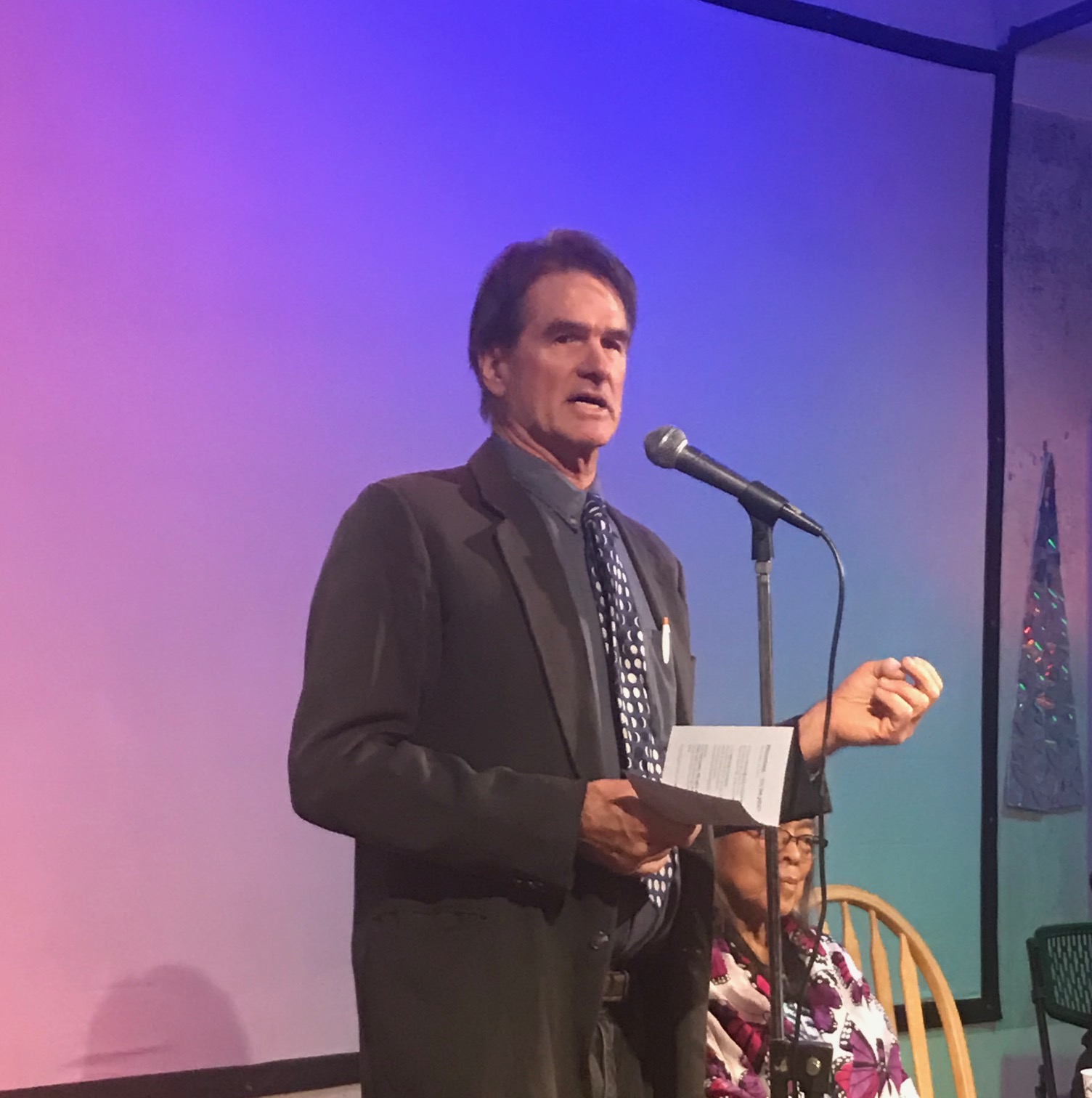 Nuclear Watch New Mexico executive director Jay Coghlan believes “so-called life-extension programs” for nuclear weapons are becoming more aggressive as time goes on and that they are really pushing the boundaries to where they are becoming completely new designs.

Coghlan said there is a $1.7 trillion modernization program underway but that it’s really a “nukes forever program”. He said existing weapons are being rebuilt to have new military capabilities.

“To remind you of the obvious, this is some 30 years after the end of the Cold War. So again, ‘it’s nukes’ forever with new material capabilities. It’s also completely new heavy bombers, the new ones will be stealth, ultimately unmanned to replace the B52s. There’s going to be new intercontinental ballistic missiles and completely new strategic subs. It’s the complete makeover,” he said.

Coghlan said he was a military kid and grew up in the proclaimed policy of deterrence.

“ I’m not going to say that that’s completely false but it’s largely false. Instead of just deterrence, what we actually have is nuclear war fighting capability,” he said. “All of you have heard that the reason we have our nuclear weapons stockpile is to deter others. That is far from the complete truth. We had thousands of weapons for the purpose of engaging in nuclear war. How do I prove that? It takes only a couple of hundred weapons for a genuine deterrence to put whole cities at risk, as abhorrent as that is. The real policy is not deterrence, it’s about fighting a nuclear war and that’s in the high level Department of Defense documents.”

Coghlan said the “eventual nuclear war fighting capability”. He said there are already 20,000 existing plutonium pits at the Pantex Plant outside Amarillo, Texas.

“I want you to understanding the shifting rationales for expanding pit production. Until about a decade ago it was all about reliable replacement warheads,” he said.

Coghlan said at a minimum $43 billion over 30 years has been spent on pit production for something for which the federal government has yet to offer a concrete justification and even arguably will degrade national security by undermining confidence in the stockpile.

“Or here’s a possible worse case, it will pressure the U.S. back into testing which would have severe international proliferation consequences,” he said.

Coghlan said he remembers senior DOE officials in the late 1990s saying in public meetings that they had learned their lessons from Rocky Flats and that things will always be safe and they’re not.

“Just to show how pathetic the situation is, an independent consultant did an analysis of NNSA’s plans for pit production. The Institute for Defense Analysis could find no project DOE had been able to get running in less than 16 years. And here NNSA is talking about being in full pit production in 11-12 years. It’s just not going to happen,” Coghlan said.

He said increased production at PF-4 at Los Alamos is very high risk “when they already have a chronic and terrible track record on nuclear safety”.

“There have been four past attempts in which NNSA has tried to expand pit production and it has to go through these public review processes under the National Environmental Policy Act. Four times DOE has tried and four times we have beaten them. There’s your foundation. Having said that, I point out this fifth time is the most serious. This is going to be tough – far tougher than the previous four times. But dammit we can do it – in large part because DOE and the NNSA are consistently their own worst enemy,” Coghlan said.

He said there is an existing court order from 1998 that stipulates that DOE has to do a supplemental environmental impact statement when it starts talking about more than 50 pits a year or 80 with multiple shifts.

“All of this is to say that I’m relatively confident that we’re going to end up with a programmatic environmental impact statement,” Coghlan said. “The bottom line is, expect that court order to be enforced.”