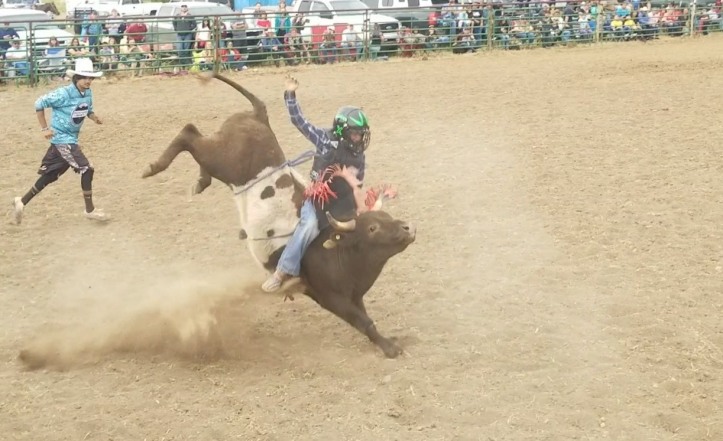 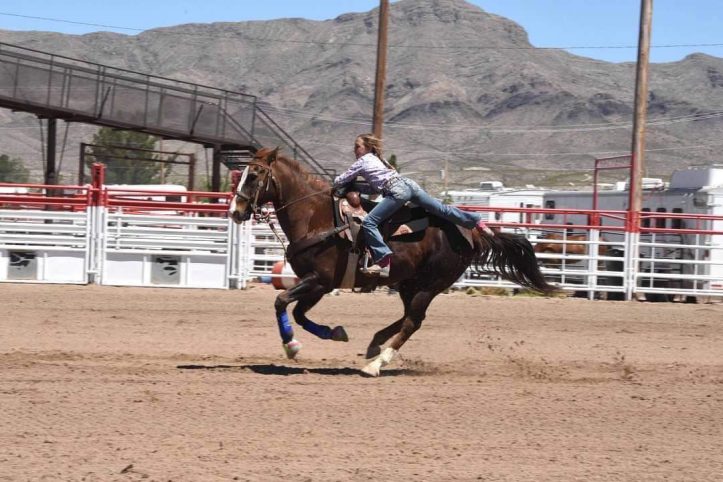 BY SAGE FAULKNER
Five young rodeo contestants from Rio Arriba County are gearing up to compete for a chance at being junior world champions in December.  Wyatt Terrazas, Eddie Maestas, Monte Faulkner, Wacey Trujillo and Miguel Martinez have each earned their spot with the best in the nation by placing at regional rodeos and qualifiers held throughout the last year.  A melting pot for competitive rodeos, the various world youth finals events are being held during the PRCA National Finals Rodeo, in Las Vegas, for two weeks in early December.  The five young contestants are clearly well-versed in their respective events.

The youngest in the group, Miguel Martinez, will be competing in the Junior World Finals in bull riding, ages 10-12. This will be his second trip to Las Vegas riding in a world finals. His first trip was for the Chris Shivers miniature bull riding finals by PBR in 2017.   A hard worker, he is all about cowboys and rodeo.

Wacey Trujillo, an Abiquiu cowgirl, will be competing in the boys and girls 12 and under goat tying at the Mike and Sherrylynn Johnson’s Vegas Tuffest Jr World Championship.  Wacey and her family are in the arena nearly every day.  Practice is clearly something she works hard at, and when asked what she likes about her event, she says, “Goat tying is one of the fastest growing and most competitive events in rodeo, and I am excited to be a part of it!”

Monte Faulkner will be competing in the Junior Roughstock World Finals.  A saddle bronc rider, Monte has previously competed in two Junior High School  Rodeo Association National Finals, held in South Dakota, in the steer-saddle bronc riding.  This will be his first finals riding bucking horses.  He says he is excited to be competing.  He also says he plans to just breathe and think about what his dad tells him, and he hopes he draws good horses.

Wyatt Terrazas is ready to ride bulls in Las Vegas.  Wyatt competes in high school rodeo as well as regional rodeos throughout the Southwest.  He is no stranger to bull riding amongst the best.  He says, “I’m excited and blessed that I was able to participate in Junior NFR  there is always excitement, especially with a sport that I love so much.”

Eddie Maestas qualified for the junior world finals this fall, and hasn’t stopped thinking about what he needs to do next.  He will be in the bull riding events with Wyatt and Miguel and the three Rio Arriba county boys are practicing together.

The junior rodeo finals also all have Facebook pages where you can keep up on exciting news as it happens.  Plans to livestream the junior world finals are in the works and details will be on their social media.   Rodeo hard, Wacey, Miguel, Eddie, Monte and Wyatt.  We will be cheering for you!