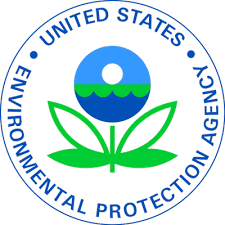 Their issue was not with the proposed project but apparent lack of publicity for the meeting which community members say they only began to hear about by word of mouth Wednesday and that they subsequently found the notice on the EPA website – https://www.epa.gov/nm/public-meetings-and-events-new-mexico.

The Los Alamos Reporter called a contact person listed on the EPA notice and asked how residents of the area were notified about the community meeting and if a notice had been published in area newspapers. The response was that it was noticed on the EPA website and Facebook page. A representative of the EPA press office, Joe Hubbard followed up Wednesday afternoon indicating that he would try to find out where the meeting had been advertised.

A call to the Nambe Pueblo Wednesday afternoon indicated that there was a meeting at the Pueblo Wellness Center Wednesday evening but there was no information on the PVMS meeting scheduled for Thursday. A call to Hubbard Thursday morning discovered that notice of the meeting was sent to Nambe Gov. Philip Herres and posted on Facebook and the EPA website. Hubbard indicated that the EPA staff responsible for the meeting were already in New Mexico and were difficult to reach.

Monarch’s voice mailbox for the number listed on their website and there was no response to a text message.

The EPA notice states that transport and management of hospital waste is not regulated by EPA, but must be done in accordance with other federal agencies, state, local, and tribal agency requirements. It says the EPA anticipates proposing a draft Title V permit, with a 30-day public comment period from Oct. 29 to Nov. 29. It invites the public to review the Monarch Waste Technologies Nambe Pueblo Facility Part 71 Federal Operating Permit Related Documents.