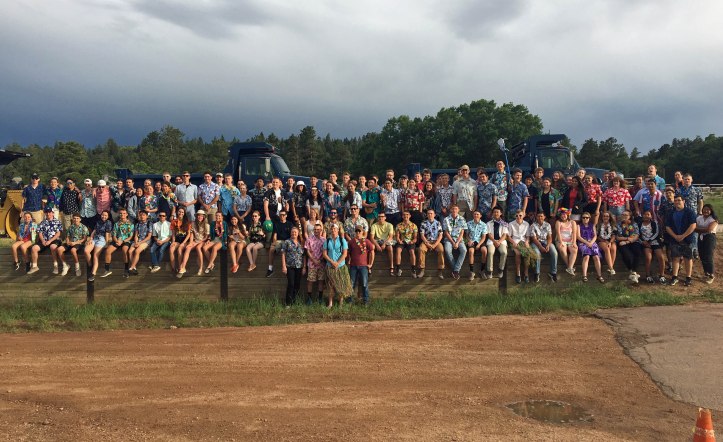 Max Pasulka was one of 100 students from throughout the world selected to participate in a Society Of Mililtary Engineers STEM camp at the U.S. Air Force Academy in Colorado Springs, Colo. Courtesy photo 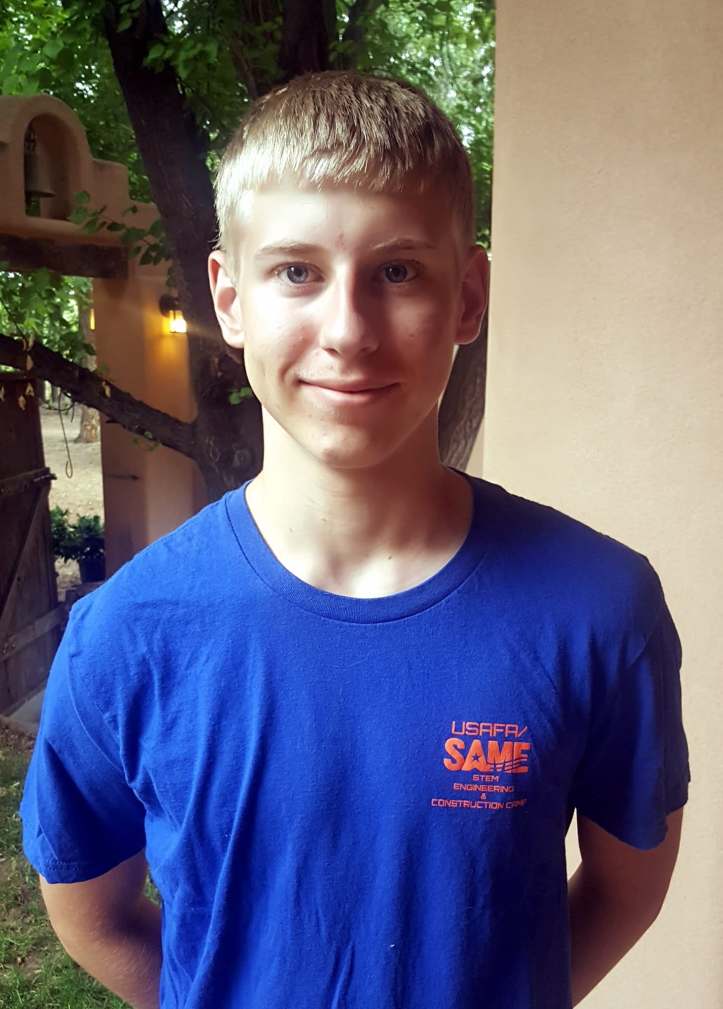 The Construction and Engineering Camp was organized by the Society of Military Engineers (SAME) and Pasulka was sponsored by the Albuquerque Chapter. Only 100 students were selected to participate in the camp and Pasulka was the only New Mexico student selected.

The USAFA camp is part of a system of SAME camps with sister programs with the Army, Navy, Marine Corps, Air Force and other locations. The goal of the camp is to develop the nation’s future STEM graduates and to motivate students to pursue a STEM discipline as a profession and consider a career as a military officer. Two years ago, Pasulka attended the STEM camp at the U.S. Naval Academy in Annapolis, Maryland.

While attending the camp Pasulka and 95 other students from communities throughout the world lived in wooden shelters called hooches at the USAFA Field Engineering Readiness Lab. The students performed hands-on activities such as planning, constructing, destructing, designing and testing a concrete beam. They also participated in an engineering problem-solving course, as well as construction of a wood frame building and building, testing and designing an operational sprinkler system. They also planned, constructed and tested a cardboard rescue vessel.

Panel sessions for the week included engineers from industry and construction companies, and military leaders. The students also toured the USAFA’s science and engineering labs where they learned about all the programs available for the cadets.

Pasulka has been part of the FIRST Robotics team for two years and has been elected to the leadership team for the next year. He also attended the Space Camp at the U.S. Space and Rocket Center in Huntsville, Ala. In 2016. He is a member of the LAHS track team. He hopes to attend USAFA and major in robotics/engineering.

Pasulka is the son of Matt and Aleks Pasulka.