Bailey McVay smiles as she has her head shaved at the Santa Fe Heroes event Sunday in Santa Fe to raise awareness of childhood cancer and raise funds for medical research. Courtesy photo

Bailey McVay proudly shows off her shaved head. This is her second time to participate in a St. Baldrick’s event; she also had her head shaved at the local Los Alamos event in 2017 when she was eight years old. Courtesy photo

Every two minutes a child is diagnosed with cancer. One in 285 kids will have cancer before they turn 20 years old. Many adult cancers can be diagnosed early. In 80 percent of kids, cancer has already spread to other areas of the body by the time it is diagnosed. Some cancers almost never strike after the age of five while others occur most often in teenagers. There are over a dozen types of childhood cancers, and countless subtypes, making it more challenging for researchers to find cures for every kid.

This is why several people from Los Alamos, most of them just kids themselves shaved their heads to raise money for the St. Baldrick’s Foundation, a volunteer and donor powered charity dedicated to raising money for lifesaving childhood cancer research that funds more in childhood cancer grants than any organization except for the U.S. government.

On Sunday, a St. Baldrick’s event called Santa Fe Heroes at the Santa Fe Fairgrounds raised more than $13,000 for the foundation. Some $2,300 of that was raised by Tylerr Jones of Los Alamos who has been raising funds for St. Baldrick’s for nine years. He and his wife, Becca, recently held a barbecue fundraiser at Bathtub Row Brewing Co-Op. At that event, Los Alamos County Councilor Antonio Maggiore raised $750 for Jones by having his head shaved.

Ten-year old Bailey McVay also had her head shaved Sunday afternoon. McVay is a fifth grade student at Mountain Elementary School where last week she gave a PowerPoint presentation to the fifth grade classes. She became passionate about raising awareness of childhood cancer while living in Australia when a young friend was diagnosed with leukemia. This was McVay’s second time to participate in a St. Baldrick’s event; she had her head shaved at a local Los Alamos event in 2017 when she was eight years old.

“Bailey appreciates every opportunity to spread awareness about childhood cancer and the need for research funding,” her mother Tina McVay said.

Following McVay’s presentation to the Mountain fifth graders last week, another fifth grader Savannah Sweers-Duran, 11, and her brother Jeffrey Sweers-Swesen, 8, a second grader, also decided to join the cause. All three students had their heads shaved at Sunday’s event. Savannah and Jeffrey’s mother, Jamie Dunn said Savannah was inspired by McVay’s presentation and by the fact that she lost a classmate to cancer when she was in kindergarten and that her cousin, now 21, has been battling cancer for several years.

“I think it’s fantastic that they decided on their own to do such a selfless thing to raise awareness and funding for childhood cancer research,” Dunn said. She added that the siblings raised $900 in six days for St. Baldrick’s.

Although not part of Sunday’s event, Samantha Stone, 8, a third grader at Barranca Mesa Elementary School shaved her head and donated $100 to St. Baldrick’s. Her father, Los Alamos Fire Department EMS Division Chief Ben Stone, said Samantha’s inspiration was her friend, Autumn, who successfully fought cancer last year and her close family friend, Franchescha, that it currently fighting cancer. He said Samantha also wanted to help remember her great-uncle Ray who succumbed to cancer in 2002. Samantha’s middle name is Rae as in honor of him. 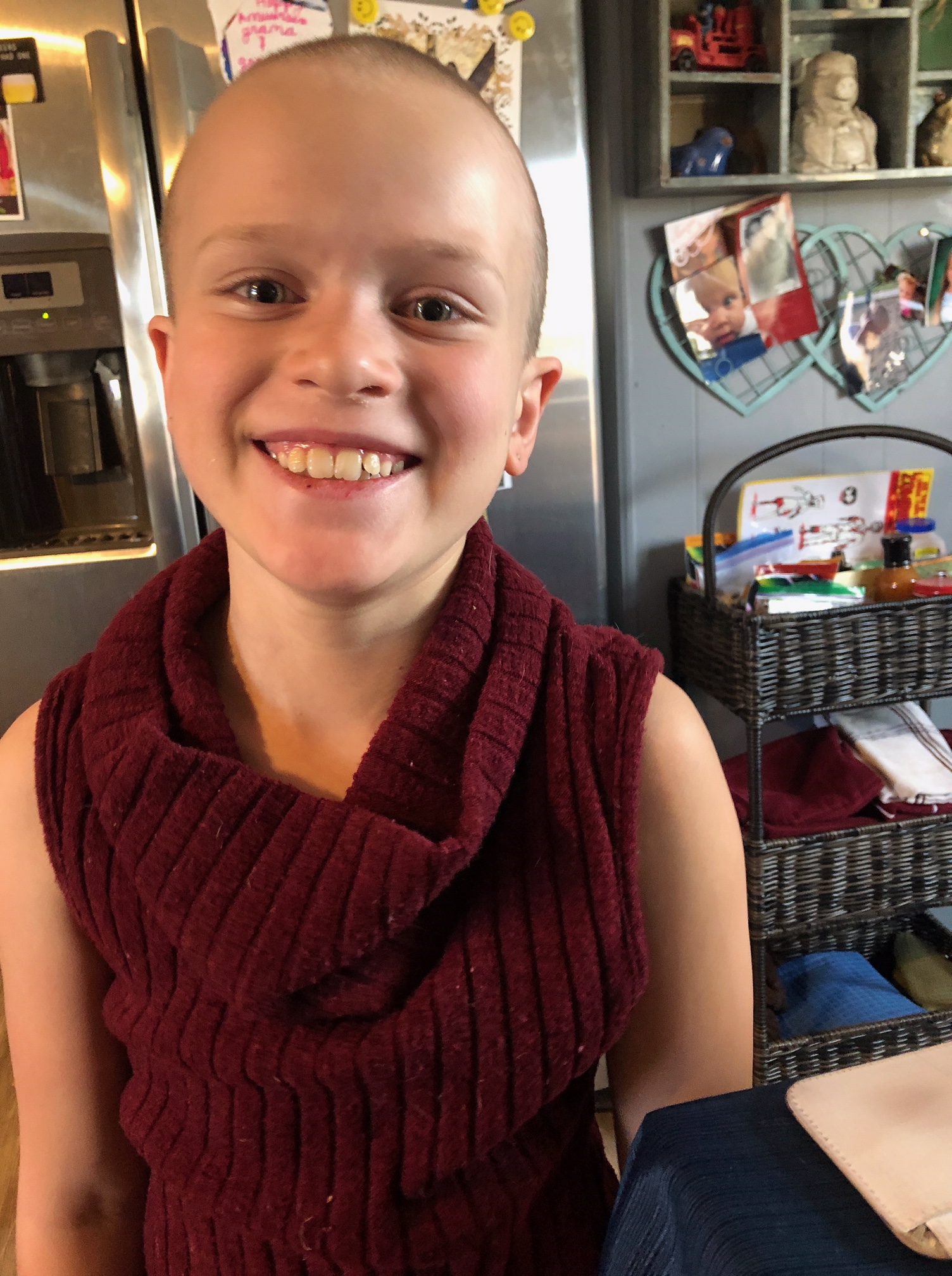 Samantha Stone shows her beautiful smile and bald head which she had shaved for St. Baldrick’s Foundation. Courtesy photo

The title page of Bailey McVay’s presentation on Childhood Cancer which she made to the fifth grade classes at Mountain Elementary School. Courtesy image

To donate go to https:www.stbaldricks.org/donate 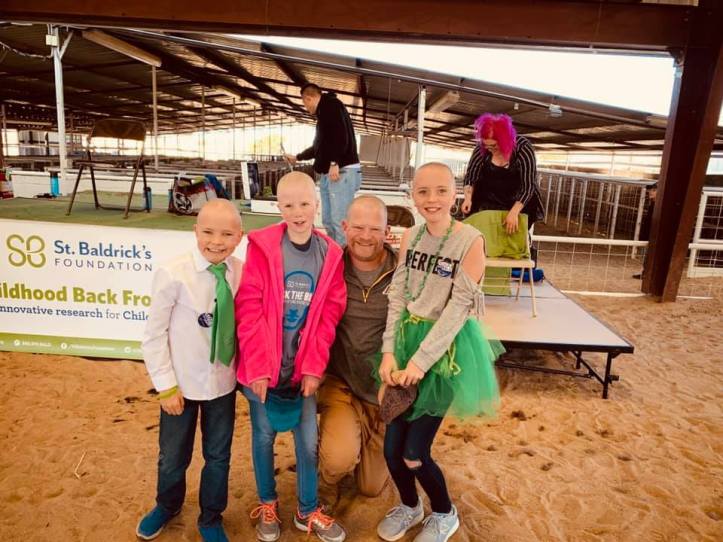