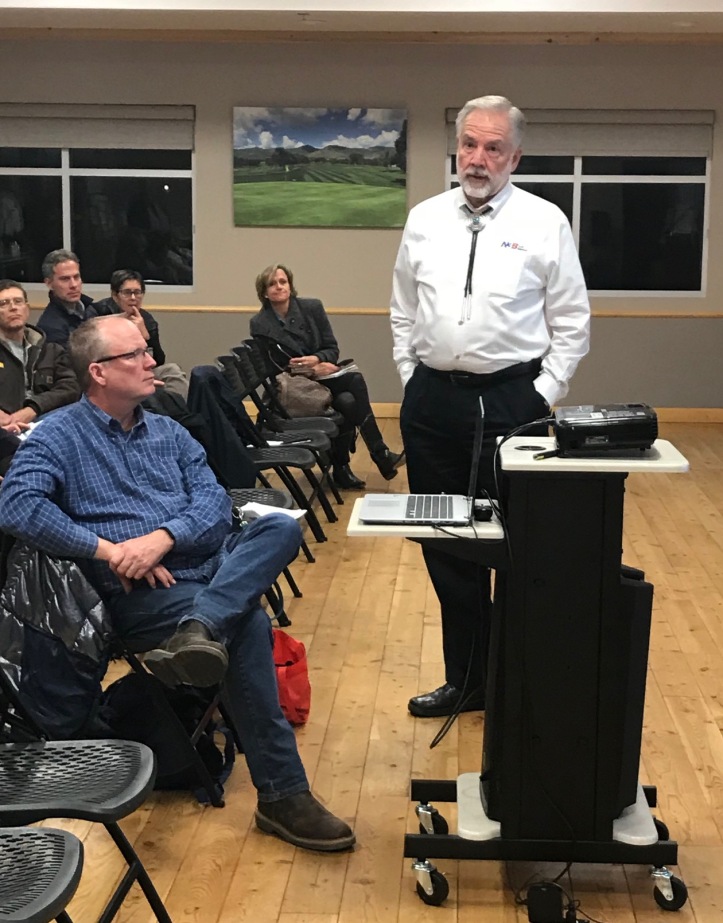 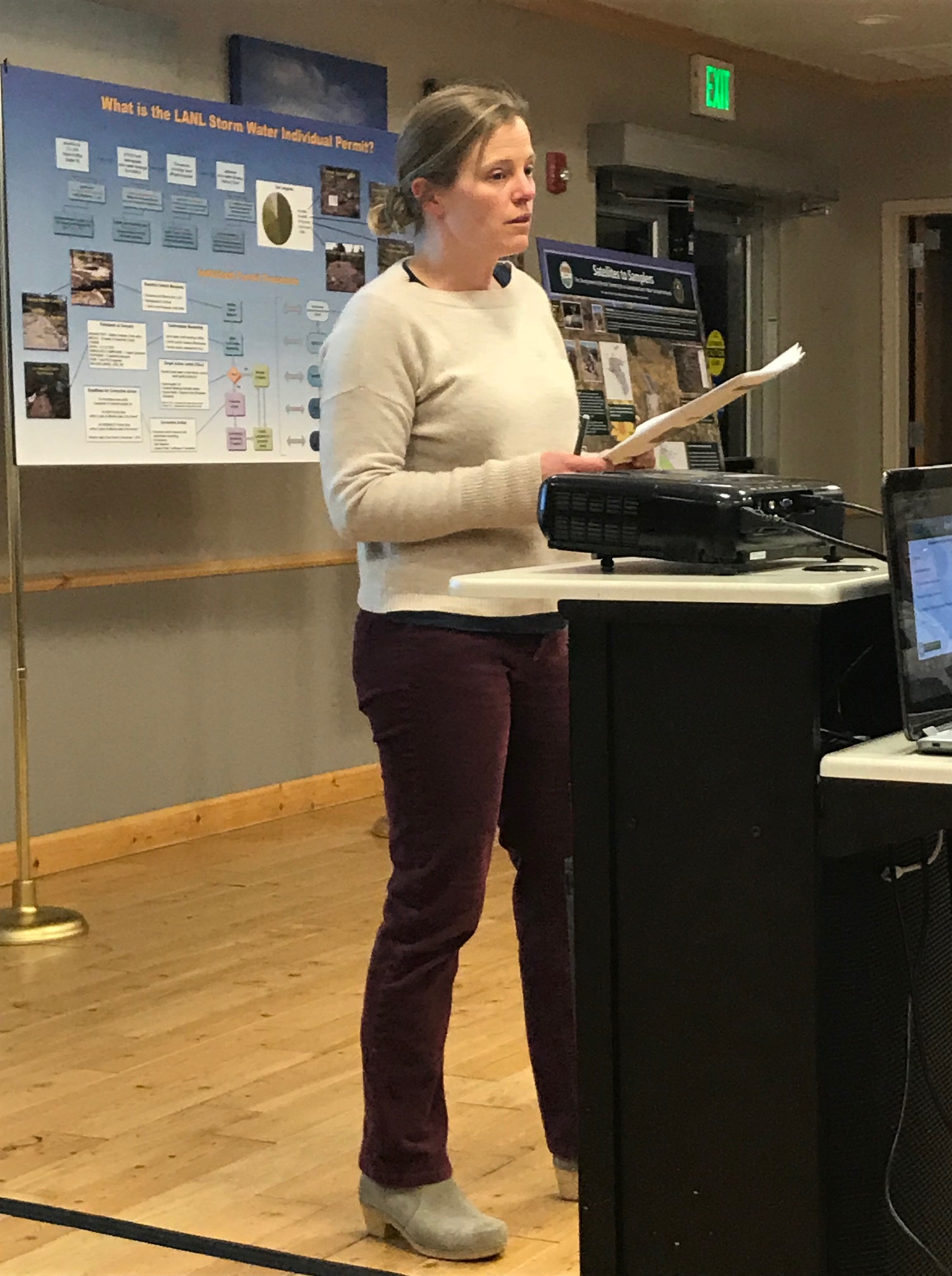 N3B Monitoring and Compliance Manager Steve Veenis some two dozen people at the meeting that the revised application for the IP is being submitted because of new soil characterization and new IP storm water samples from 2014 to 2018 as well as completion of the Data Quality Objective process for legacy data in 2017 and the Sampling Implementation Plan process with the New Mexico Environment Department Surface Water Quality Bureau.

Veenis said the benefits of a revised application are that the IP will remain protective of water quality which is one of the most important reasons of all for having a permit. He said the process includes regulator and stakeholder input and that N3B is trying very hard to create very clear corrective action pathways because the existing permit has some fuzziness that doesn’t really allow N3B to move forward. The revised application will also simplify execution of the permit which Veenis said is very convoluted and has very ambiguous language, that it is easy to misinterpret or interpret differently.

“The other benefit is that we’ve got the Environmental Protection Agency involved in the process,” he said.

Veenis said since August, initial stakeholder meetings have been held in Santa Fe, a document-sharing website has been set up to allow public access, and received comments from the state and Communities for Clear Water for inclusion in the draft report. A proposed aluminum toxicity testing plan has also been prepared and several webinars are available.

The revised application is expected to be submitted in the January-February timeline and the draft permit will probably be available for public comment in May or June.

Among those attending the meeting were representatives of Communities for Clean Water, a coalition of organizations whose mission is to ensure that community waters impacted by LANL are kept safe for drinking, agriculture, sacred ceremonies, and a sustainable future. The coalition includes Concerned Citizens for Nuclear Safety, Amigos Bravos, Honor Our Pueblo Existence, the New Mexico Acequia Association, Partnership for Earth Spirituality and Tewa Women United. 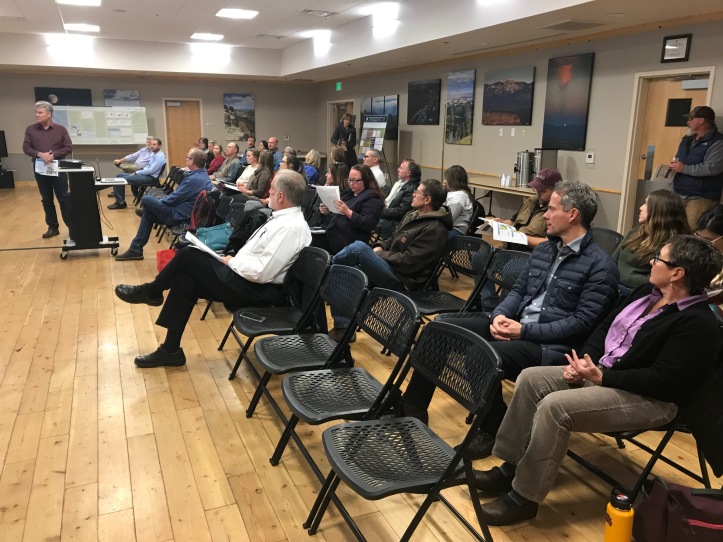 Steve Veenis, far left, make his presentation on the Individual Permit application Dec. 19 at the public meeting at Cottonwood on the Greens. Veenis is the Program Manager for Monitoring and Compliance for N3B. Photo by Maire O’Neill/losalamosreporter.com 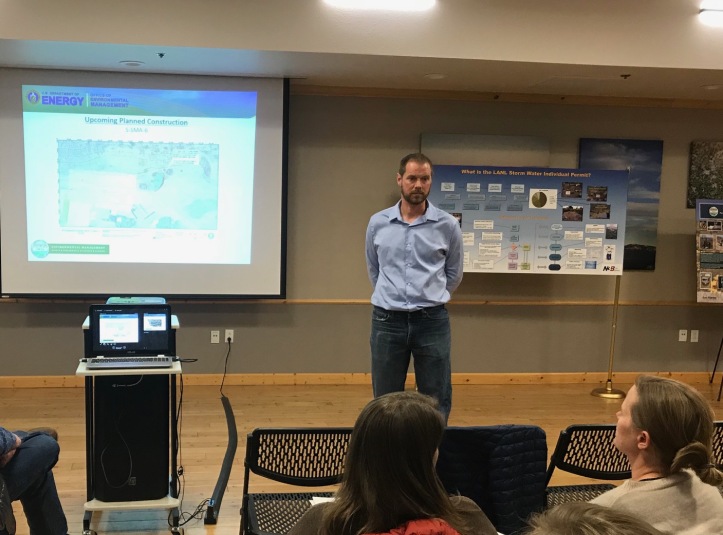