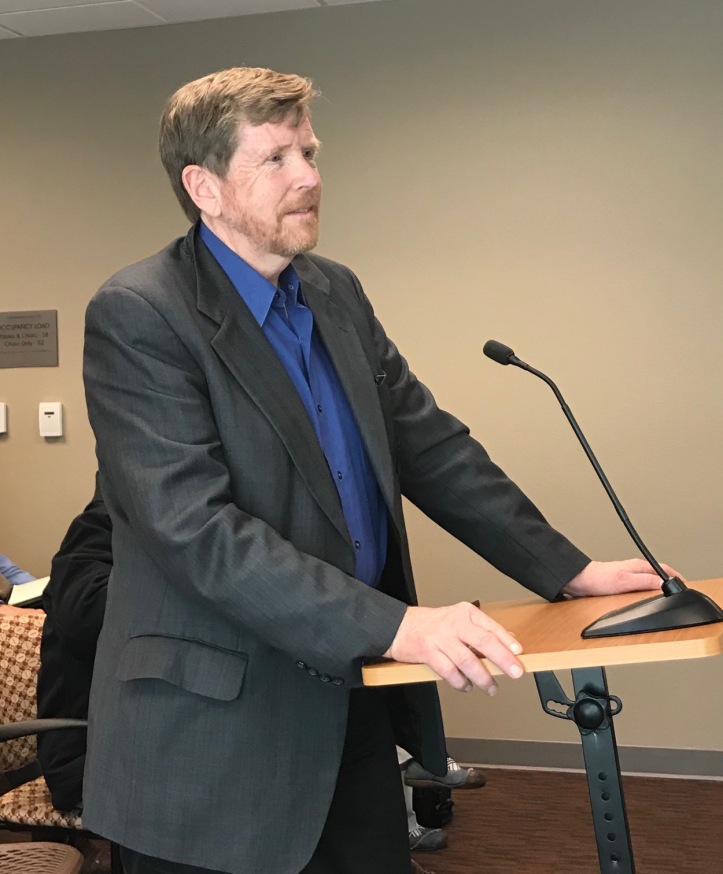 Wallace told the board he will be director for just 14 more days. At that time, Dr. Thom Mason will take over as Triad National Security fully assumes the LANL management and operations contract.

Wallace briefly discussed the Lab’s budget of $2.7 billion indicating that some 78 percent goes to the National Nuclear Security Administration and the remainder goes to the supporting agencies. He mentioned the Environmental Management transition to N3B earlier in the year calling the EM work at Los Alamos a significant component. The EM budget is just 8 percent of the overall Lab budget.

“When we sum those two projects together Los Alamos now is larger than any other site including Sandia and that’s a significant milestone if you measure milestones in terms of total value,” he said.

Wallace said the Lab will always have challenges when it has this much work.

“We expect our budget to rise another $108 million next fiscal year and similarly we expect N3B’s budget to be a similar size, so you’re looking at an incredibly large enterprise. We will have challenges in the next year particularly because of having such a large budget,” he said.

He said one of the issues that will come back is simply workforce size.

“When you have a site that’s 40 square miles, the ability for us to absorb the people to execute the budget is complicated by the living arrangements and the distance people will now have to travel to be able to work here but also things like clearances taking a long time and so on,” he said.

He said it looks to be that Los Alamos and the EM budgets are “healthy if not completely stable over the next five years”.

Wallace expressed his thanks to the Coalition.

“The Coalition serves an incredible function for us – it actually is helping us to transparency. We have a very complicated organization here which is steeped in security as it should be. The Coalition provides a public window between us and everyone else and they really do help in terms of understanding what we do and the transparency so I really want to thank you for that. And again I think that’s an incredibly important function that the Coalition does. It is our communities we need to be most transparent for,” he said.

Wallace mentioned two spin off companies from LANL, Descartes and Viome saying that perhaps New Mexico can take their rightful place as a leader – a state with only 2.3 million people but having such a potential for technology impact.

Some board members opted to thank Wallace for his service to the nation and the Lab while expressing their pride in his Northern New Mexico roots.

In response to a question from Coalition Chair Henry Roybal, Wallace said he intends to stay on at the Lab “in the short-term”.

“My public face is being a good scientist but I have worked a long time in the intelligence agency and I have an intelligence project I started in 1992 that’s a little overdue so I intend to complete that. I believe it’s of great value to the nation and I’ll have to go to the next phase,” he said. “It’s very hard for me to imagine leaving.”